Cortesi Gallery London is delighted to present a selection of works by Gianfranco Pardi (Milan, 1933–2012), which marks the first-ever solo exhibition in the UK dedicated to this important Italian artist, whose works have been previously displayed in 1982 in a group show at Hayward Gallery, London (Arte italiana, 1960–1982). The exhibition features works from […] Cortesi Gallery is pleased to announce a solo show of Maurizio Donzelli (Italy, 1958) the first in their Lugano space. For this exhibition, Donzelli has selected works from those he has produced over the past two years – from acrylic drawings, to watercolours and his Mirrors – which are arranged in an articulate display that […]

Checkmate: Games of International Art from the Sixties to Now Cortesi Gallery is delighted to present The Concrete Utopia. Ivan Picelj and New Tendencies 1961-1973, an exhibition dedicated to explore the production of the Croatian artist Ivan Picelj (1924-2011). Inaugurated at the gallery’s London space last May, The Concrete Utopia arrives to Lugano after a warm reception from the public and critics, enriched by works […] Cortesi Gallery is delighted to present its first exhibition in London dedicated to Agostino Bonalumi. The exhibition will feature Bonalumi’s immersive work, Bianco (1969), alongside eleven other signi-ficant works from the sixties and seventies. Vorrei incontrare gli architetti (I Wish to Meet Architects) is the title that Bonalumi (1935–2013) gave to one of his exhibitions […] Cortesi Gallery is pleased to announce a solo exhibition by Grazia Varisco, Filo Rosso 1960-2015. Filo Rosso (red thread, guiding thread) is the title the artist has chosen to accompany the connected paths of inquiry presented in this show, where works sometimes distant from each other in time are exhibited in a perceptual, sensory dialogue. […]

GREAT EXPECTATIONS: The Sense of the Future in the Art of the ’60s 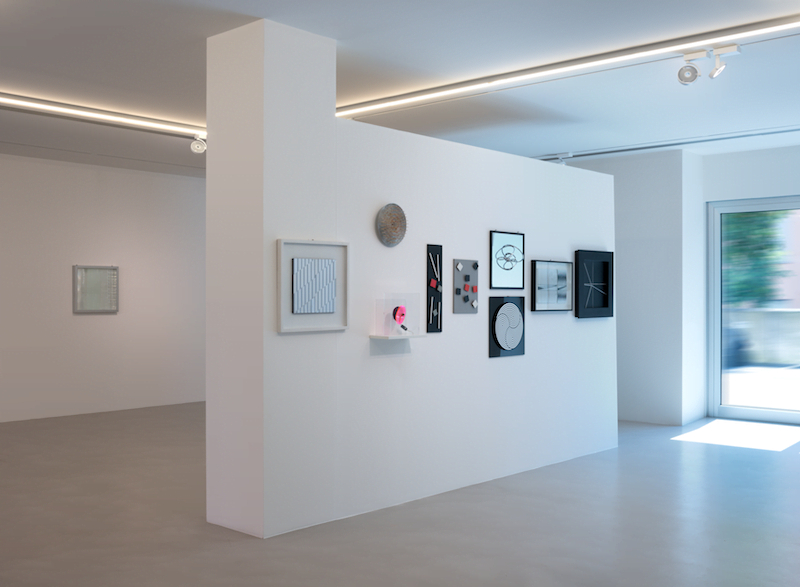 “Great Expectations: The Sense of the Future in the Art of the Sixties” tries to analyze and convey the mood of anticipation about the immediate future experienced by a generation of artists that emerged in this decade. Curated by Marco Meneguzzo, the exhibition sets off from the idea that 1960 marked a crucial turning point […] Cortesi Contemporary is pleased to present Ringflash, a solo exhibition by Edo Bertoglio. For the first time, the Swiss photographer will be juxtaposing his historic project “Figurines” (1978-82), an extraordinary collection of portraits featuring iconic figures from the New York punk/new-wave scene, with the recent, never previously exhibited series “Ladies” (2010-11), made in Switzerland and […]

Cortesi Contemporary is pleased to announce the opening of Scheggi – Skaer, a show dedicated to Paolo Scheggi (Settignano, Florence 1940 – Rome, 1971) and Lucy Skaer (Glasgow, 1975). This exhibition, curated and conceived for the Lugano gallery by Eva Fabbris, juxtaposes the oeuvre of Paolo Scheggi with the more recent practice of artist Lucy […]