Giuseppe Santomaso (Venice, 1907-1990) is one of the main figures of the art of the second half of the 20th century; he has been able to combine the millennial pictorial and luministic tradition of the Venetian painting with the most radical solicitations of the great international Avant-gardes of the 20th century. This exhibition at the […] Cortesi Gallery is pleased to present Zagreb Calling, an exhibition dedicated to three main artists of the Sixties and Seventies: Ivan Picelj, Vjenceslav Richter and Julije Knifer. Founders of the new-constructivist and the conceptual languages, they have actively operated, leaving the former Yugoslavia, at an International level, elaborating a deep linguistic revolution that still keeps […] 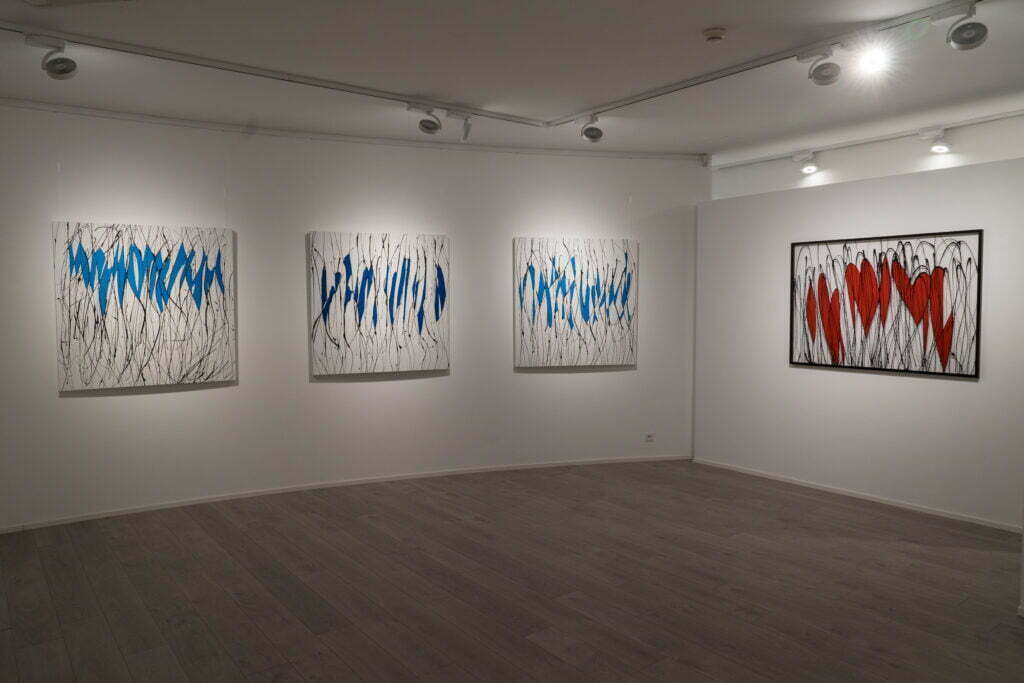 Artists tell me that their artistic researches often result from unexpected revelations: a shadow on the canvas, a technical mistake, an accidental forgetting, a sudden tear. Events and surprises on a road that is paved with rules, study, and daily work in the atelier. Not only is the work of art an image of […] The Peruvian artist Jorge Eielson (Lima, 1924 – Milan, 2006) is a pivotal figure in the twentieth-century art, whose importance is gradually garnering international attention. This exhibition at Cortesi Gallery, curated by Francesca Pola, is Eielson’s first solo show ever presented in London and in the United Kingdom. The exhibition, realised in collaboration with the […] Dutch artist Jan Henderikse (1937) is a pivotal figure in twentieth-century European art, whose importance is gradually garnering international attention. This exhibition at Cortesi Gallery, curated by Francesca Pola, is his first solo show ever presented in London: it brings together a series of highly significant examples of his work, to retrace the key stages […]

herman de vries: all all all After the artist’s solo show inaugurated in London in 2017, Cortesi Gallery is pleased to present in Milan the work of dutch artist herman de vries (Alkmaar, Netherlands, 1931): a leading figure in twentieth-century European art whose importance is gradually garnering international attention. The exhibition brings together a series of highly significant examples of his […] Fondazione Marconi and Studio Marconi ’65, together with the Cortesi Gallery in Milan, are dedicating a large retrospective exhibition to Gianfranco Pardi, 85 years after the artist’s birth. Promoted by the Gianfranco Pardi Archive and curated by Bruno Corà, the project will fully represent the artistic career of the Milanese artist, which centred on the […] Cortesi Gallery is pleased to announce its first solo exhibition in London dedicated to Angela Lyn. The title “floating gardens” refers to the deeper inner meaning of the project. As the artist says, “I see floating gardens not only reflecting my observations of nature but also as a metaphor for our human existence within the […] An important step in the complex path of the artist, which in this exhibition reaffirms the idea of the difficulty of “looking” and at the same time of the need to do it, as a metaphor of the interpretation of the world. Through three cycles of visually very different works, is recomposed the sense of […]