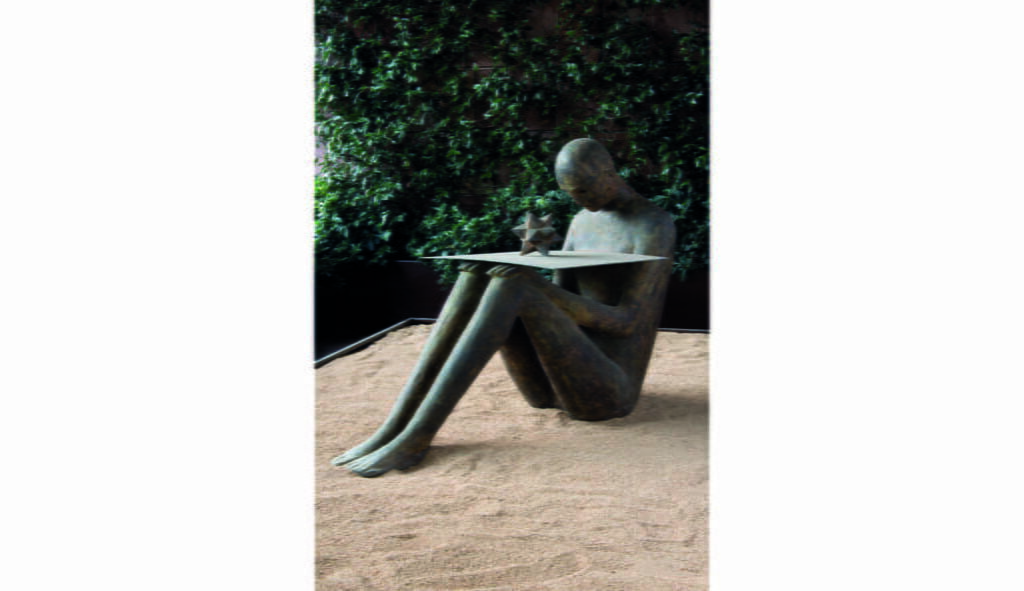 Mimmo Paladino is an Italian painter, sculptor, printmaker and draughtsman born in 1948 in Paduli.

He attended the Liceo Artisticodi Benevento from 1964 to 1968. In the early 1970s he focused on drawing, developing much of the imagery that later appeared in his paintings.

He had his first solo exhibitions in 1976 at the galleries D‘Arte Duemila, Bologna, and Nuovi Strumenti, Brescia. He moved to Milan in 1977, and during the late 1970s he produced mostly monochrome paintings in blue, red and yellow, often incorporating found objects.

In 1980 he was associated by the critic Achille Bonito Oliva with the Transavanguardia painters Sandro Chia, Francesco Clemente, Enzo Cucchi and Nicola De Maria.

Paladino’s affiliation with the Transavanguardia movement arose from his method of borrowing from an array of past artistic traditions and iconographies. Working across two- and three-dimensional mediums, Paladino draws inspiration from both the ancient and the modern, from Egyptian, tribal, and classical images to Modernist painting and sculpture. Paladino’s mastery of the styles of printmaking is illustrated by his many semi-figurative prints depicting a primitive male form with an object in hand, such as the Matematico series (2001).

Rendered in classical materials like bronze and stone, Paladino’s sculptures take on traditional sculptural subjects, like horses, birds, and the human figure, but with a graceful elongation.