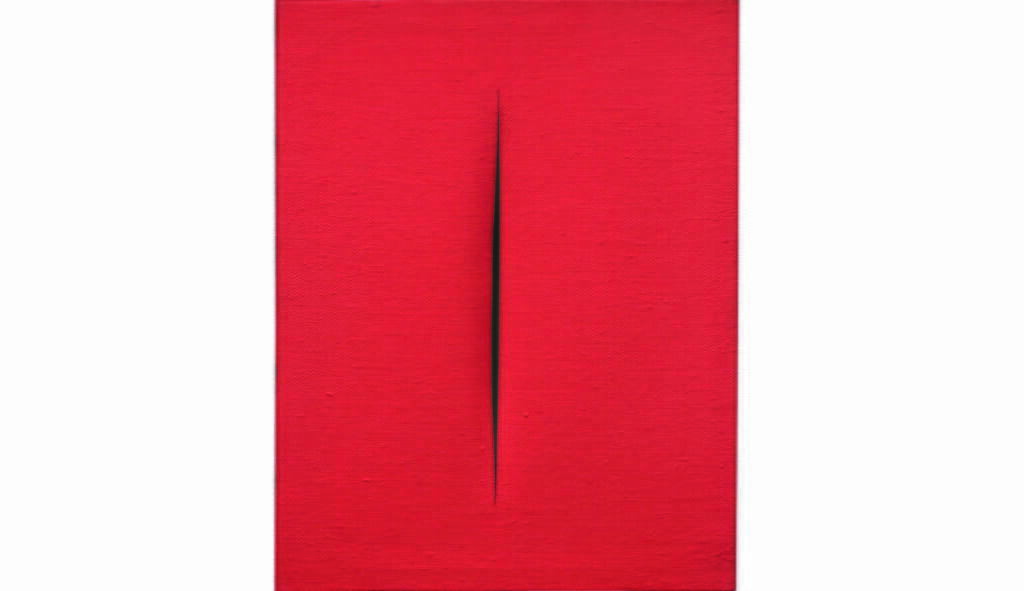 Lucio Fontana was born in 1899 in Rosario de Santa Fé, Argentina and raised in Milan from 1905 to 1922, he then moved back to Argentina, where he worked as a sculptor in his father’s studio for several years before opening his own.

In 1926, he participated in the first exhibition of Nexus, a group of young local Argentinian artists. After this first exhibition experience, Fontana returned to Milano, where he enrolled at the Accademia di Belle Arti di Brera, which he attended for two years.

A couple of years later he had his first solo show held at Galleria Il Milione in Milan in 1931. During this period he joined the group of abstract Italian sculptors associated with the gallery and travelled with them to Paris where in 1935 he joined the group Abstraction-Création. The same year, he developed his skills in ceramics in Albisola, Italy and Sevres, France.

In 1939, he joined Corrente, a Milan-based group of expressionist artists. After four years spent in Bueno Aires in 1947 he went back to Milano, and, together with a group of writers and philosophers, he signed the “Primo Manifesto dello Spazialismo”. This new ideas found its initial expression in his ceramic works which became the first Concetti spaziali (Spatial concepts, 1949–60).

The 1949 marked a turning point in Fontana’s career. He created his first series of punctured paintings, Buchi (holes). In the same time, he started to elaborate his spatial environment, a combination of shapeless sculptures, fluorescent paintings, and lights. The latter work soon led him to employ neon tubing in ceiling decoration.

From this moment onward, he explored working with various effects, such as slashing and perforating, in both painting and sculpture.

Lucio Fontana died in 1968 in Comabbio, near Varese in north Italy.