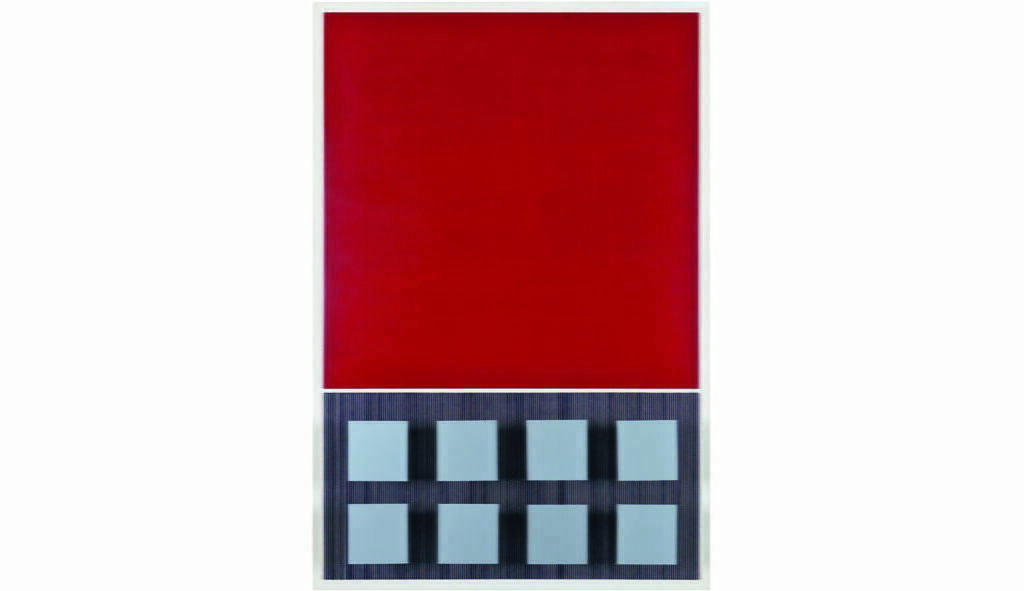 Jesús Rafael Soto is one of the most important kinetic artists of the 20th century.

He began his artistic career at a very young age, painting posters for movie theatres in his home town of Ciudad Bolívar. In 1942, he received a scholarship to study art and art history at the Escuela de Artes Plásticas in Caracas, where he met fellow students Carlos Cruz-Diez, Mercedes Pardo, Omar Carreño, and Alejandro Otero. During these studies, he began making paintings inflected with Cubism. In Caracas, he regularly attended meetings and discussions at the Taller Libre de Art (Open Air Studio), an institution sponsored by the Ministry of Education, in which intellectuals, critics, and artists debated current avant-garde ideas from Europe and Latin America; his first solo exhibition was held at the Taller in 1949.

In 1947, Soto was invited to direct the Escuela de Bellas Artes de Maracaibo, where he remained until 1950. That year, he received a grant to travel to France; he settled in Paris, where he found a dynamic community of artists associated with the Salon des Realités Nouvelles and the Galerie Denise René, including Yaacov Agam, Jean Tinguely, Victor Vasarely. He also rejoined many of his friends from school, including Otero and Pardo. Surrounded by these artists, Soto began to consider ways to move his work from two-dimensions to three, how to engage the viewer in the experience of the work, and how to incorporate the perception of movement into his art.

In 1952, he collaborated with Otero, Alexander Calder, Fernand Léger, Antoine Pevsner, Henri Laurens, Jean (Hans) Arp, and others in the Proyecto de Integración de las Artes at the Universidad Central de Venezuela, headed by architect Carlos Raúl Villanueva. The project integrated the art of avant-garde modernists with the university architecture, and it is a signature project of mid-century modernism in Latin America. Influenced by serialism in modern music, Soto began a series of “serial works” in 1952. In an interview conducted by Hans Ulrich Obrist in 2006, Soto recalled the importance of music to his early production:

Soto was also a musician and for a short period of his life, he earned money by playing guitar at bars. Soto was also influenced by the work of artists Piet Mondrian and Kazimir Malevich, especially in their treatment of geometry and abstraction. Wassily Kandinsky’s text Concerning the Spiritual in Art (1912) was an important resource for the young artist, as he began making works which suggested movement and instability. In 1947, when László Moholy-Nagy’s book Vision in Motion was published, Soto found another resource to support his ideas about movement and the spectator.

By the 1960s, he was immersed in projects in which he used almost no color but, instead, explored the vibrations created by line and its dematerialisation (through the inclusion of hanging elements). He also began exploring the idea of haptic art: making works to be touched by the viewer. The most widely known example of this phase of his work are the Penetrables (1967), interactive metal and plastic structures through which the viewer moves.