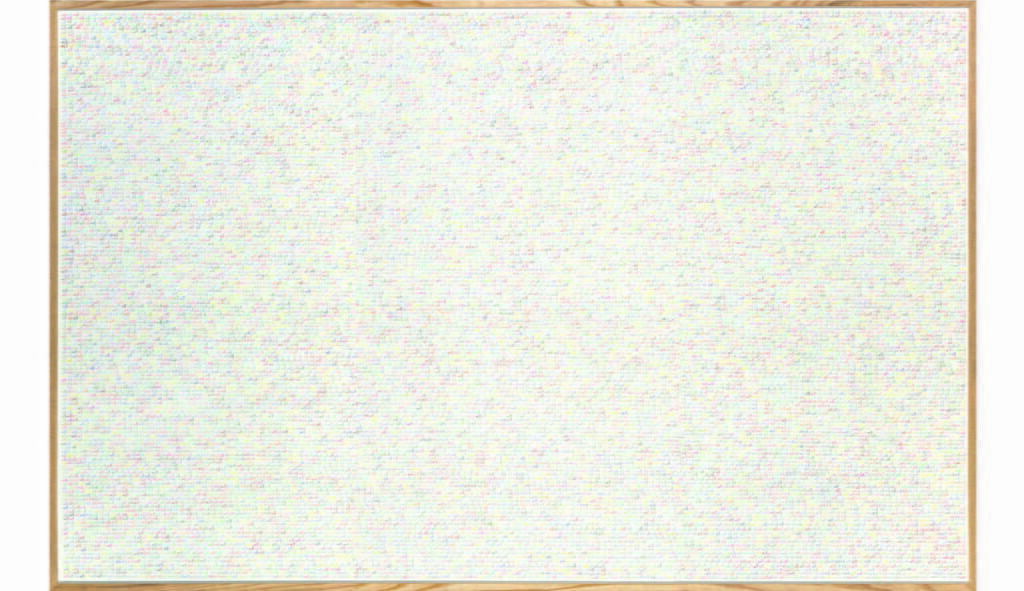 herman de vries is a Dutch artist and one of the crucial figures of European art in the second half of the 20th century. He typically stylises his name in lower-case as “herman de vries” to avoid hierarchy.

Born in Alkmaar, Holland (1931), since 1954 he has worked on mobiles, collage, monochromes, assuming an important role early on in the Dutch group Nul and in the international movement ZERO; this also included intense involvement as an experimental publisher in projects like the magazine Integration.

Since his debut as part of the international movement ZERO, in the 1950s and 1960s, de vries has constantly worked on the idea of essential, trying to recreate the fundamental mechanisms of life through artistic action. In his work, marked across the decades by an extraordinarily range of materic and linguistic experiments, art, science and philosophy are constantly put into relation with each other and with the reality of the world.

He categorises his paintings as ‘informal’. Using no figuration or colour, the paintings are his first steps towards randomness as a principle of order. This principle aims to achieve absolute objectivity and has had a central role throughout his artistic career. Currently, his art focuses on the disrupted relation between humanity and nature.

de vries’ works can be found in the collections of museums around the world, and in 2014 and 2015 were featured in the exhibitions on ZERO at the Guggenheim Museum in New York, the Martin Gropius Bau in Berlin, and the Stedelijk Museum in Amsterdam.

In 2015, he represented the Netherlands at the International Art Exhibition, part of the Venice Biennale, where his project in the national pavilion and on the island of Lazzaretto Vecchio drew unanimous praise from critics and visitors.

Today, de vries works and lives with his wife Susanne in Eschenau near Knetzgau, Germany.