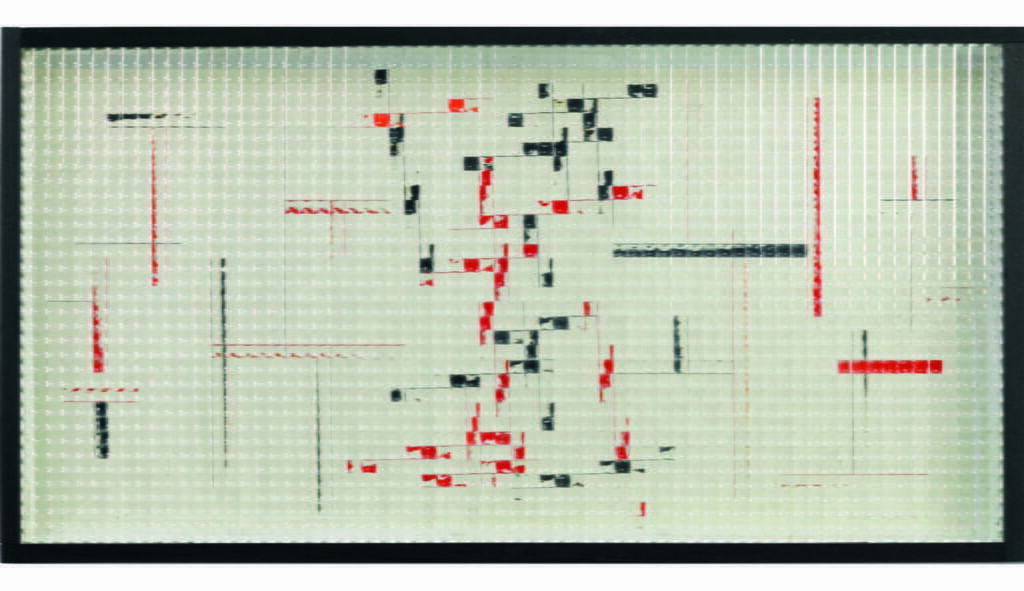 Grazia Varisco is an Italian visual artist and designer.

Varisco attended the Brera Academy of Fine Arts in Milan from 1956 to 1960, where she was a student of Achille Funi. In 1960, she joined Gruppo T, starting her collaboration with artists such as, Giovanni Anceschi, Davide Boriani, Gianni Colombo and Gabriele De Vecchi whose art was mainly kinetic art and Op art. Together with Group T, Varisco participated in numerous exhibitions such as, “Arte Programmata” (Milan, 1962), “Nouvelle tendance” (Zagreb, 1963) and the “Miriorama series” (Milan, Genoa, Tokyo, Rome, Padua and Venice,1960–63).

Between 1961 and 1967, she worked as a graphic designer for the multinational retailer La Rinascente, the architecture and design magazine Abitare, the design company Kartell, and the Milan City Council.

Varisco still nowadays considered as one of the few female artists involved in the Op art movement together with Edna Andrade, Bridget Riley and Vera Molnár. Her work has been featured in many international exhibitions, including the Venice Biennale (1964 and 1986), the Rome Quadriennale (1973), the Toyama Triennale (1990); Force Fields: Phases of the Kinetic (Museu d’Art Contemporani de Barcelona and Hayward Gallery, London, 2000); Beyond Geometry (Los Angeles County Museum of Art and at the Pérez Art Museum Miami, 2004) and Op Art (Schirn Kunsthalle Frankfurt, 2007). From 1981 to 2007, she was Professor of Theory of Perception at the Brera Academy of Fine Arts. In 2007, the President of Italy Giorgio Napolitano awarded her the Presidente della Repubblica Prize for Sculpture in Rome.