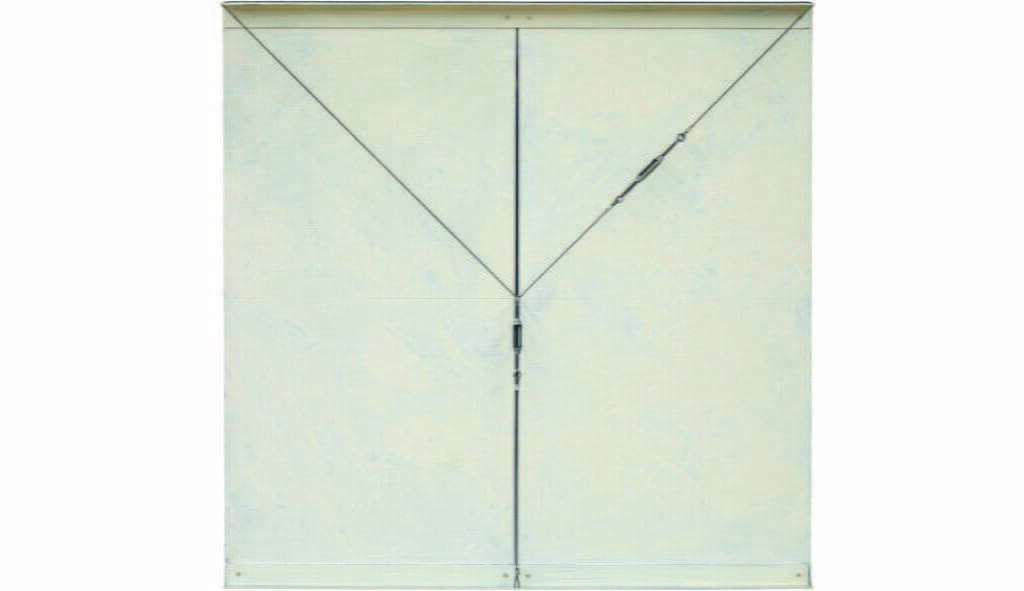 Gianfranco Pardi was born in 1933 in Milan.

From the outset his art was based on space and a constructivist organisation, which led to works of great formal rigour, where drawing, painting and sculpture were integrated into a spatial dimension that was architectural in scope.

In 1959 he held his first solo exhibition at Galleria Alberti in Brescia, and the following year at Galleria Colonna in Milan. In 1965 he participated in the group exhibition La figuration narrative dans l’art contemporainin Paris. In 1967 he began his collaboration with Studio Marconi in Milan, focusing on creating works that were a new interpretation of historical avant-gardes, such as Abstractionism, Suprematism, Constructivism and Neoplasticism.

His Architecturesfrom the 1970s demonstrate his desire to build and establish a space through painting, since he saw this as a means of expression that could immediately realise the ‘idea’. His works are developed through signs and geometric gestural forms that, together with a limited range of colours, helped him to express the constructivist concept.

First in 1974, and later in 1993, he took part in the Biennale at Palazzo della Permanente in Milan. In 1981 his work was presented at two major group exhibitions: “Linee della ricerca artistica in Italia 1960/1980” at Palazzo delle Esposizioni in Rome, and “Il luogo della forma” at the Museo di Castelvecchio in Verona. In 1984, the University of Parma organised a major retrospective of his work, and two years later he held solo exhibitions at the Venice Biennale, the Milan Triennale and the Rome Quadrennial.

In 1998 he held a solo exhibition at Palazzo Reale in Milan. The following year a number of important exhibitions were organised in Germany: at the Frankfurter Kunstverein in Frankfurt, the Bochum Museum in Bochum, and the Kulturhistorisches Museum in Stralsund. In 2000, his solo show Homelesswas held at Galleria Giò Marconi in Milan. In 2002 the retrospective Sheetswas hosted by Galleria Fumagalli in Bergamo, and in 2003 he exhibited once again at Galleria Giò Marconi with a series of works entitled Danceand Restoration.

Over the course of his career he made numerous sculptures for public and private spaces allover Italy, and since 2008 he was a member of the National Academy of San Luca.

In October 2013, the Gianfranco Pardi Archive was established in memory of the artist with the aim of promoting and disseminating his work and reputation.

Some of the most recent venues to hold solo exhibitions of his work include: Fondazione Marconi, Milan (2014), Galerie Balice Hertling, Paris (2015), the premises of the Cortesi Gallery in Lugano (2016) and those in London (2017).