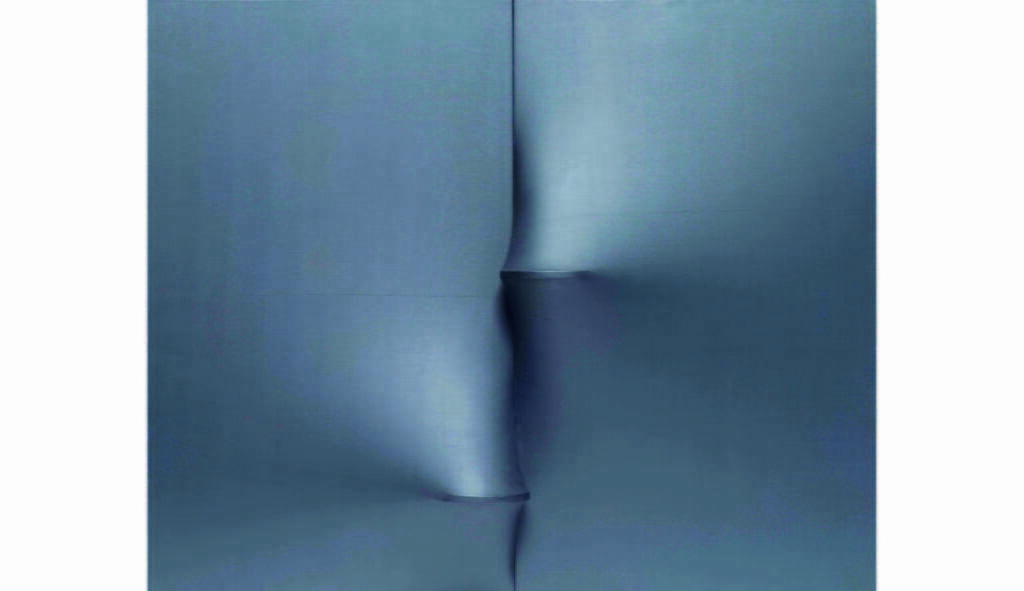 Agostino Bonalumi was born in 1935 in Vimercate, Milan.

He took part in the Post-War avant-garde movement associated with the ZERO group. He studied technical design and mechanics. As a self-taught painter in 1958, Bonalumi together with Enrico Castellani and Piero Manzoni, presented a show at the Galleria Pater in Milan, followed by other shows in Rome, Milan and Lausanne.

In 1966, Bonalumi began his collaboration with Galleria del Naviglio in Milan, which became his exclusive agent. In the same year, he was invited to the Venice Biennale with a group of works and, in 1970, with a solo room.

Bonalumi then spent a period of study and work in Mediterranean Africa and in the United States, where he debuted with a solo show at the Bonino Gallery in New York. In 1967, he was invited to the São Paulo Biennale and, in 1968, to the Youth Biennale in Paris.

Furthermore, Bonalumi produced environmental painting works including, Blu abitabile for the exhibition “Lo spazio dell’immagine” in Foligno (1967) and Grande Nero (1968), for a solo show at the Museum Ostwall in Dortmund, Germany. He created the installation Dal giallo al bianco e dal bianco al giallo in 1979, for the exhibition “Pittura Ambiente” at Palazzo Reale in Milan. He also produces Spazio trattenuto e spazio invaso,in 2002 for the Guggenheim in Venice. Moreover, he completed a cycle of bronze sculptures based on designs during the end of the 1960s.

In 1970s, he worked in the field of stage design and created sets and costumes for the ballets. Despite suffering from a long-term illness, Bonalumi continued to work assiduously, developing his work up to the last years of his life.

His works are represented in public collections worldwide. Brussels, Moscow, New York and Singapore are a few of the world capitals which have hosted solo shows of his work during his final period of activity.

In summer 2013, he collaborated on the realisation of a major exhibition in London, the opening of which he unfortunately did not live to see. Agostino Bonalumi died in Monza on the 18 September 2013.