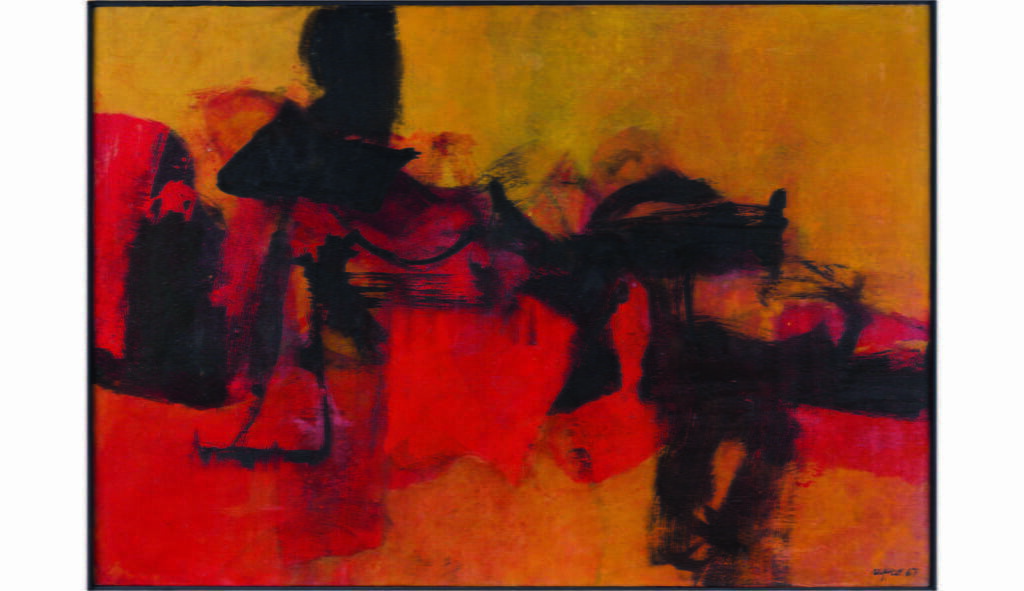 Afro Basaldella was born in 1912 in Udine, Italy.

His formation took place between Florence and Venice, where in 1931, he obtained a diploma in painting. In 1930 Afro moved to Rome thanks to the scholarship received by the Marangoni Artistic Foundation of Udine. Then he spent some time in Milan, where, together with his brother Mirko, he attended Arturo Martini’s studio. In 1933 he was exposed in Galleria Il Milione in Milan, where he will have his first solo show in 1935. The same year Afro took part in the second Quadriennale in Rome, and in 1936 he joined Venice Biennale. During these years, he came in contact with the Scuola Romana, moving closer to neo-cubism. In 1950 he went to the United States, where he started his collaboration with Catherine Viviano Gallery in New York.

In 1952 he joined the Gruppo degli Otto, participating in XXVI and XXVII Venice Biennale. In 1955 he was exposed to Documenta in Kassel and the international exhibition The New Decade: 22 European Painters and Sculptors in the United States. In 1956 he won the Prize for the best Italian painter at XXVIII Venice Biennale. The following year he started teaching at Oakland Mills College. Between 1959 and 1960, Afro was exposed to different international museums such as the MIT, and he joined Documenta II in Kassel. He won the Pittsburgh and Italian prizes in the Solomon R. Guggenheim Museum in New York. In 1961, he displayed his work in the Galerie de France in Paris, in Galleria Blu in Milan, and in the Solomon R. Guggenheim Museum di New York. In 1969-70 an anthology his ddeicated to him in the Kunsthalle in Darmstadt, in the Nationalgalerie in Berlin and in Palazzo dei Diamanti in Ferrara. In the ’70s, he concentrated on graphics production, thinning out the pictorial activity.

Afro died in Zurich in 1976. In 1978 the Galleria Nazionale d’Arte Moderna in Rome dedicated to him a homage with a comprehensive retrospective, and in 1992 Afro displayed his complete practice in Palazzo Reale in Milan.